As we talked previously about the Sam Rayburn Tollway Fourth Lane Project, things are moving along efficiently. The tollway is being widened, so that traffic can move quicker and more consistently while the population growth increases in the North Texas area.

There is an additional lane being built, as well as ramp improvements. The completion date is set for 2021, which means over the next year or so, there will be plenty of roadwork being done in this area. On the plus side of the roadwork is that ground engaging tools and new construction technology is making it much easier for construction roadwork companies to move the pace up. 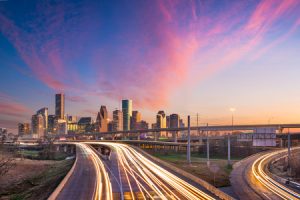 In Henderson County, Texas, crews are continuing their work on the State Highway 334. This is a $40- million-dollar project that will include building new westbound bridges and upgrades to the existing bridges for eastbound traffic.

They will also be widening the two-lane island section connecting to two lake crossings to four-lane divided highway with a left turn lane continuing all the way down.

Originally, this construction was placed for 2027, but the Texas Transportation Commission allocated $27 million so the project could be moved right to construction speeding up the timeline.

The Benefits of Moving Quickly with Construction

As congestion continues to riddle North Texas and other parts of the state, construction on highways and roads are being done to help get traffic flow back to normal. We see more and more people moving to larger cities and more populated areas due to the job market. Numbers are rising in population, which means highways and roads will need to adjust their flow.

Ground engaging tools are playing a big role in helping move these construction projects along. At Texas Contractors Equipment, we provide ground engaging tools and construction tools for the industry. We are constantly updating and researching new technology in the meantime. Contact Texas Contractors Equipment at 713-776-1212 today!