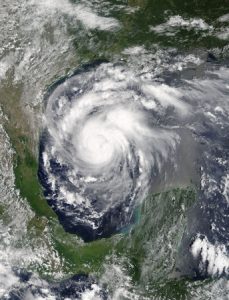 On Saturday, August 26, Hurricane Harvey made landfall on the shore of Copano Bay and swept across Texas in one of the most powerful weather events in recent memory. When the storm was over, it had dropped so much rain on Houston that the entire city sank by roughly two centimeters.

But by the time Harvey had been downgraded to a tropical storm and moved on to Louisiana, the citizens of Texas had already begun the long process of recovery. First responders worked around the clock to rescue stranded homeowners and treat people with chronic conditions who had lost their medications in the flooding. Volunteers in small boats aided the efforts of first responders by going house to house looking for survivors. A few of these volunteers even sacrificed their lives trying to rescue families from the floodwaters.

“Since Monday morning at 1 a.m., we’ve pulled out 81 people, six dogs and one cat,“ said one volunteer who drove more than 100 miles to contribute to the rescue effort.

In the days and weeks since Hurricane Harvey struck the Gulf Coast, Texans from all walks of life have stepped up to the plate to support one another. J.J. Watt, star defensive end of the Houston Texans, launched a fundraising campaign which has generated at least $30 million since August 28. The city of San Antonio sent a fleet of trucks to help clean up the debris left over from the storm. Officials from Austin sent their own trucks to Houston soon after. Together, these crews are working to remove 8 million cubic yards of debris from homes throughout the area.

Harvey may be gone, but hurricane season isn’t over yet. Now, our thoughts and prayers lie with the citizens of Florida who are just beginning to recover from the destruction left by Hurricane Irma. In times like this, when the challenges we face might seem insurmountable, let’s keep in mind the advice Fred Rodgers’ mother gave to him as a child.

“Look for the helpers. You will always find people who are helping.”