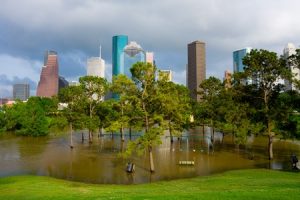 Mayor Turner called the decision a “defining moment” for the city that could save lives and make Houston stronger and more resilient in the event of future flooding events. But despite the Mayor’s praise, some city council members expressed concerns that the new regulations would drive up construction costs and make it harder for homeowners to qualify for flood insurance.  Mayor Turner acknowledged these concerns in his address to the city council, but argued that they were outweighed by the need to take decisive action in the wake of Hurricane Harvey.

Harris County officials approved similar updates to their floodplain building regulations earlier this year. There, new homes built in neighborhoods that were developed prior to 2009 must also be constructed at least one foot above the ground, regardless of whether or not they’re located in a floodplain.

Houston’s new rules will go into effect on September 1, 2018.