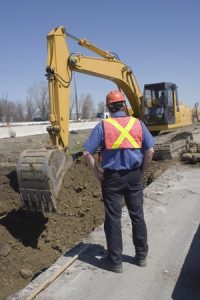 When the Hardy Toll Road was built in the 1980s, it was originally intended to extend into downtown Houston. As a result of budgetary restraints, however, the plans had to be revised and the 21-mile toll road’s southern terminus was moved to the Interstate 610 North Loop. Now, roughly three decades later, construction crews are working on the 3.6-mile extension that will finally bring the toll road south to US 59.

The first phase of the Hardy Toll Road Downtown Connector project began in 2014 and is expected to conclude in 2020.

Once the grade separations are finished, the Harris County Toll Road Authority (HCTRA) will begin paving the new four-lane stretch of the Hardy Toll Road. The extension is being funded entirely by revenue generated through the existing tolls, and it’s expected to offer significant benefits to commuters.

“It will provide a new connection directly into the Central Business district from north Houston, relieving existing highways of some volume,” said Matt Kainer, assistant director of maintenance and construction engineering of the HCTRA in an interview. “Once the project is complete, both drivers and pedestrians will have safer, faster access through the corridor.”

There’s still plenty of work to be done, however. The Hardy Toll Road Downtown Connector is currently slated for completion in the first quarter of 2023.