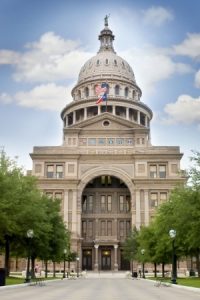 Thanks to a bill that was recently approved by both the state Senate and House of Representatives, American steel and iron will continue to reign supreme in Texas for the foreseeable future. Commonly known as the “Buy American” bill, Senate Bill 1289 will expand an existing provision which requires many state projects to use steel and iron from American suppliers whenever possible.

Under the terms of the new bill, large state-sponsored construction projects will be required to source their steel and iron from American suppliers as long as the cost is no more than 20 percent higher than less expensive imports. Other exceptions include cases where American companies aren’t prepared to supply the materials for a project, and cases where there is a “compelling state interest” to source steel and iron from a foreign supplier. The bill is designed to further incentivize the use of domestic building materials in Texas, and prevent foreign suppliers from having an unfair competitive advantage over American companies.

“Our intention are to make sure foreign governments like China and Turkey can’t create a foreign steel market that would gut the American market,” said Senator Brandon Creighton in a statement.

In addition to this bill, the Texas State Legislature is scheduled to vote on another “Buy American” provision in May of 2019 that would require American steel and iron to be used in water infrastructure projects as well.

After being approved by both chambers of the state legislature, Senate Bill 1289 has just one final hurdle to overcome: getting a signature from Governor Greg Abbott. With widespread support from both legislators and industry officials, the bill is expected to be signed into law without incident, securing the place of American steel and iron in construction sites throughout The Lone Star State.