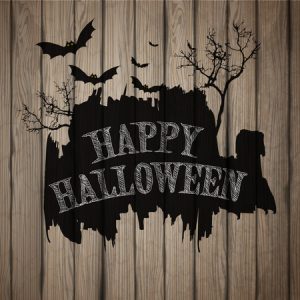 October 31 night, the eve of All Saints’ Day also known as All Hallows’ Eve.  To see how far back this tradition of Halloween went back in our past it was in the ancient, pre-Christian Celtic festival of Samhain that started some 2,000 years ago in the place we now call Ireland, the United Kingdom , and some northern parts of France.  Back then the people believed that if they pay homage to the deceased they would be returned to the earth. This was done by lighting bonfires, offering sacrifices in fact the people would disguise themselves in costumes made out of skins of animals to scare the phantom type visitors.  In later centuries people would dress up as ghosts, goblins, demons, or other types of creatures performing tricks or other such shenanigans for food or drink. This custom dates back to the Middle Ages and was thought to be the predecessor of trick or treating.

As time went on the tradition of Halloween would change from paying homage to violence or even destructive type of behavior.  When World War II came around the tradition of giving candy out had to be shutdown as sugar was on the list of rationing.  Trick or treating on Halloween night came back into tradition after the post wars and the baby boom era along with the newly built suburbs.  Companies that made the candies now launch campaigns of advertising this tradition with today the United States people spending in excess of 5 billion dollars yearly on anything that has to do with Halloween for example costumes, candy, decorations, and party materials making this the number two largest commercial holiday

In today’s world it is predominately celebrated by children and some adults who dress in costume to ask for candy or treats door-to-door from their neighbors and friends. Be careful as the ghosts and goblins of yesterday year may come upon you on this night.