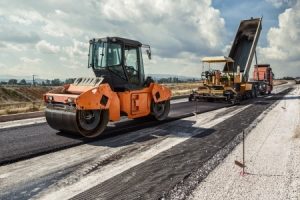 Self-driving vehicles might still seem like pretty futuristic pieces of technology, but within a few short years they could become commonplace—even on construction sites. This year, Florida’s transportation department launched a pilot program that uses autonomous trucks to make highway construction sites safer.

The trucks were designed and developed by Royal Truck & Equipment, a Pennsylvania-based specialty vehicle manufacturer.

They were designed to be outfitted with truck-mounted attenuators (TMA), which are rolling crash barriers that follow highway construction crews and protect them from collisions with passing vehicles. TMAs can make construction sites safer for motorists and construction crews, but in doing so they put the driver of the truck in danger. That’s why Florida’s transportation department wants to replace TMA drivers with robots.

“Any time a driver can be removed from these vehicles in a very dangerous situation and, if the vehicle’s struck there’s nobody inside of it to receive the damage or the injuries, that’s measuring success,” said Royal Truck President Robert Roy in an interview.

As driverless vehicle platforms improve over time, they’ll likely be adopted into more complex roles as well. Paving companies, for example, could potentially safe an enormous amount of time and money by using driverless vehicles to accomplish tasks like rolling freshly-laid asphalt and painting lines on roadways. Eventually, we may even see autonomous bulldozers and cranes on construction sites.

Recently, Ohio Governor John Kasich announced that the state would begin testing self-driving 18-wheelers on a stretch of Route 33 as well. At this rate, it’s just a matter of time until self-driving trucks find their way into the consumer market and onto a construction site near you.